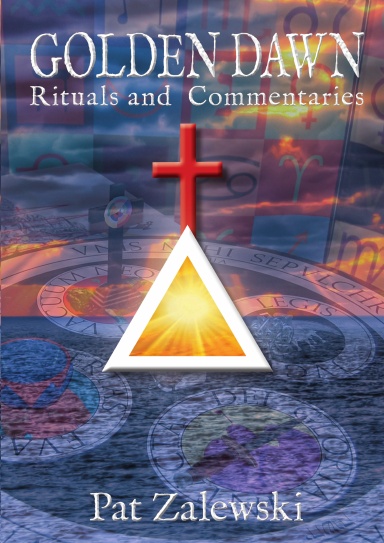 While being the touchstone for Western Mystery Tradition magic, the Golden Dawn system has been largely shrouded in secrecy. While versions of its rituals have been published, these have been hacked and valuable material missing. Most importantly, the valuable information about how to work these rituals is largely unpublished. This has created a ridiculous situation where many self-appointed Golden Dawn experts have no idea how to work the important initiation rituals or even understand how they are supposed to work.

Fortunately, the Golden Dawn Tradition has managed to preserve its secret teaching through the work of those who were members of its last surviving temple in New Zealand – Whare Ra. Although that temple shut in the late 1970s. some of its senior adepts were able to pass on this secret teaching to a new generation.  One of these was Pat Zalewski who has adapted and developed the work of  Whare Ra Hierophant Jack Taylor, who was a model Golden Dawn adept and his mentor.

This expanded Third Edition Golden Dawn Rituals and Commentaries provides those seeking the magical truth behind the Golden Dawn with the information they need. Not only do they have the full unedited rituals and diagrams, but also the magical mechanics of how to work them correctly. This edition is the first to contain the complete rituals from 0=) to 7=$, commentaries on the Equinox and Consecration of the Vault rituals and the instruction and experiences of those who have been working them through the 20th to the 21st century.

Login to Lord Manticore House
Reset Password
Enter the username or e-mail you used in your profile. A password reset link will be sent to you by email.